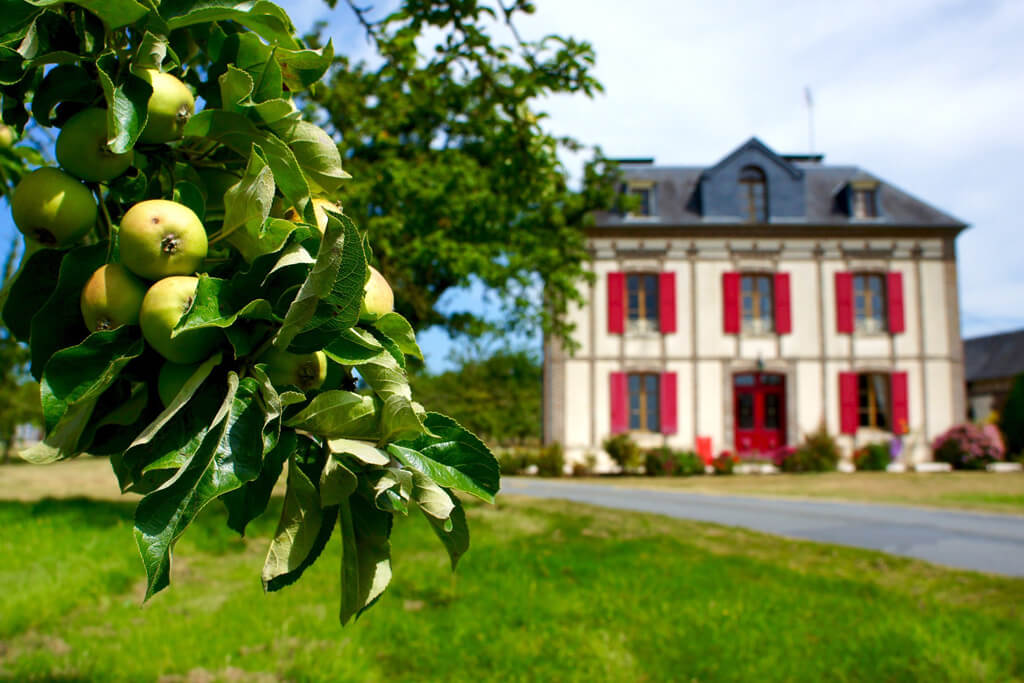 Visit the Villages in Normandy

Normandy in Northern France is a wonderful region to visit. Normandy is well-known for Mont Saint-Michel, the WW2 sites, and camembert, but of course, there are many more fun things to do in Normandy.

Normandy is also the land of the red, white, and black cows on which the rain falls, apple trees in the meadow, and good sweet cider. A pond with ducks, white cherry trees, and little villages full of friends.

If your French road trip takes you to Normandy, don’t miss the Norman villages. From Le Havre to Caen, via Dieppe, the region is full of picturesque villages lost in time, with stunning traditional architecture and nestled in a beautiful environment. Most of these Normandy villages are listed as Most Beautiful Villages in France!

Here’s the roundup of the most beautiful villages in Normandy, well worth a visit. Pretty Normandy villages where everything is beautiful, even under the rain.

Tips for Visiting the Villages in Normandy

Normandy’s villages are best explored by car because public transportation to these villages is scarce or inexistent.

If you are taking a self-drive vacation to Normandy in a hire car, pick up your car rental in one of Normandy’s main cities (Caen, Rouen..) or Paris if you want to visit the French capital first. Driving in France is very easy, and you can combine the visit to the Normandy villages with the D-day landing beaches, Mont Saint-Michel, or other places on the Normandy coast.

The best time to visit the Normandy villages is in late spring and summer when the weather is good, the days are longer, and the flowers are in full bloom. After summer, these villages go into hibernation mode, and there’s not much going on, with many family businesses closed.

Normandy Villages in the Department of Calvados

The seaside town of Arromanches-les-Bains, in the Calvados department, is one of the most popular villages in Normandy to visit because of its link to the liberation of western Europe following D-Day. Thanks to the Mulberry Harbour construction, on Arromanches’ beach, the Allies troops could land 2.5 million men, 500,000 vehicles, and four million tonnes of supplies.

Arromanches-les-Bains is a must-stop of any Paris day trip to the Normandy Landing Beaches. Apart from the beach and war museums, we recommend also visiting the village, with beautiful 19th-century houses and numerous civil and religious buildings listed historical monuments.

The village of Beuvron-en-Auge – listed as one of the Most Beautiful Villages in France – is one of the Cider Route stops. It is also one of the prettiest villages in Normandy, with its 15th-century manors, half-timbered buildings (17th -18th centuries), inns, and a chapel.

Normandy Villages in the Department of Manche

Barfleur is one of the most beautiful coastal villages in Northern France. This cute Norman village boasts charming granite houses and a picturesque fishing port. There’s also a massive, almost fortified church with an octagonal domed chapel and an arrowless bell tower.

If you love mussels, Barfleur is the right place to be! While most of France’s mussels come from livestock, Barfleur’s mussels are fished in the east of the Cotentin peninsula. Mussels & white wine in one of the small restaurants on the port is one of the top pleasures in Barfleur.

Normandy Villages in the Department of Seine-Maritime

Once a modest fishing village, Etretat is today a world-famous seaside resort that attracts nearly a million tourists a year captivated by the vertiginous chalk cliffs and pebble beaches that inspired some of Monet’s masterworks.

After a stroll through the coastal walk, visit this pretty village, with some remarkable châteaux, manors, and mansions. Don’t miss the climb up to the chapel Notre-Dame-de-la-Garde for one of the best views of the cliffs and the ocean, and the visit to Etretat’s Gardens, beautifully decorated with plant sculptures and contemporary art.

Veules-les-Roses, located on the Alabaster coast not far from Barfleur, is one of the loveliest villages in Normandy. Here, the water of its river flows over the wheels of the mills, and its half-timbered houses and flower-filled plots have won over great artists such as Victor Hugo and Paul Meurice.

Besides the village’s picture-perfect streets and houses, the town is known for its Veulaises, a type of oyster breed in the open sea.

Normandy Villages in the Department of Eure

Giverny is one of the most famous villages in Normandy, where the Impressionist painter Claude Monet lived and worked from 1883 until he died in 1926.

Every year thousands of visitors flock to Giverny to visit Monet’s House and Garden to admire the water lily pond that inspired Monet for many of his paintings.

Apart from Monet’s House and Garden, Giverny has other interesting places to visit, like the Impressionists Museum, the local cemetery with Monet’s tomb, and the old Baudy hotel and rose garden, where painters used to meet. You will also find cute shops, cafes, and a couple of restaurants along the main street.

Le Bec-Hellouin is one of the most picturesque Norman villages, listed as one of the Most  Beautiful Villages in France. Apart from the village’s colorful architecture, there are two historical monuments worth visiting: the Abbey of Bec – the village’s main tourist attraction and a UNESCO World Heritage site – and the monastery Sainte-Françoise-Romaine.

The village is surrounded by beautiful forest areas so you can combine sightseeing with short walks or hikes.

Lyons-la-Forêt (pronounced Lyonss) is another of the pretty villages in Normandy listed Most Beautiful Villages in France. Lyons is located in the center of an old national forest, so it is great for a stroll in the fresh air.

The village has many beautiful historical monuments like the Hotel de la Marécaussée, the 17th century Halles, and the 17th century Cordeliers Convent. It also has a beautiful architecture of half-timbered houses with pink bricks, antique shops, and tea rooms.

In Lyons, you can see the old Château de Lyons’ vestiges, home to the English Kings and later the French Kings. This fortified castle was commissioned in 1060 by William the Conqueror. It was used by Henry I of England, and King Richard Lionheart, before being occupied by King Philip Augustus of France.

Normandy Villages in the Department of Orne

This small Norman village is located in the heart of the Normandy-Maine Regional Natural Park. Here, we are far from the ocean, but there are plenty of things to see: the church, the mill, the chapel, all in a mesmerizing medieval atmosphere that makes it one of the most beautiful villages in Normandy and France.

You can also walk around the old castle’s ruins in a relaxed atmosphere or visit the miraculous fountain. 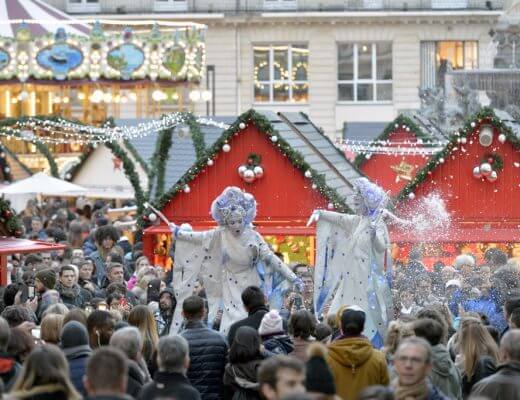 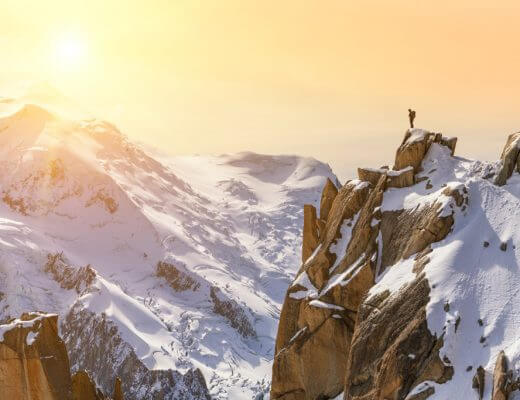 50 Best Things to Do in France 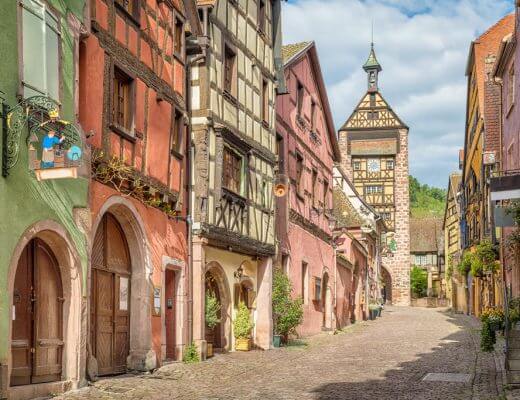 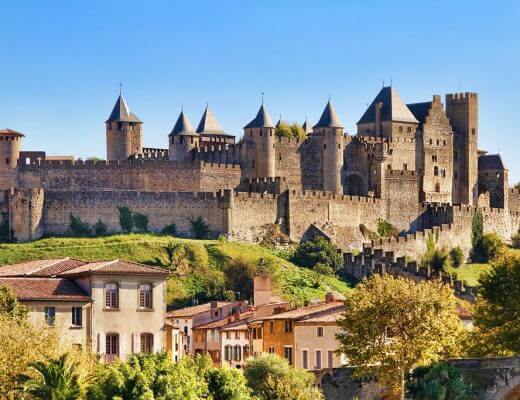 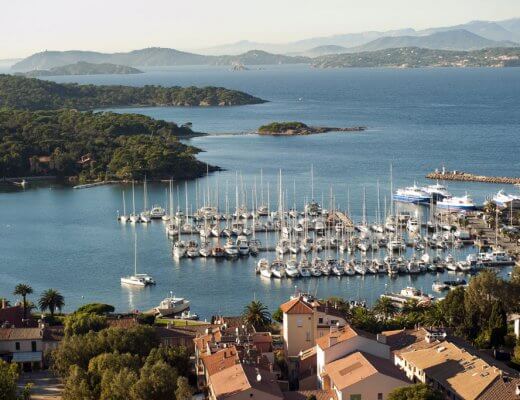 What is the French Riviera Famous For?