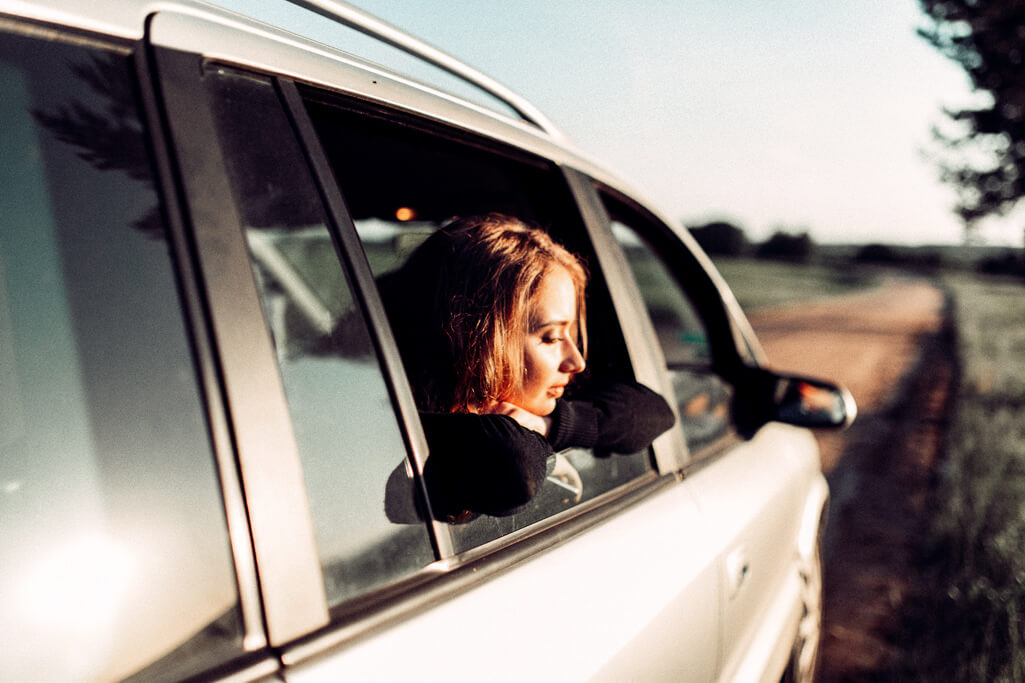 So you are planning your once in a lifetime trip to France and are wondering how to get around efficiently all while seeing the beautiful country and at your own pace.  Naturally, touring France by car is a fantastic option.  In this Guide to Driving in France, we will cover everything you’ll need to know including information before driving to France, common rules and regulations, and more. 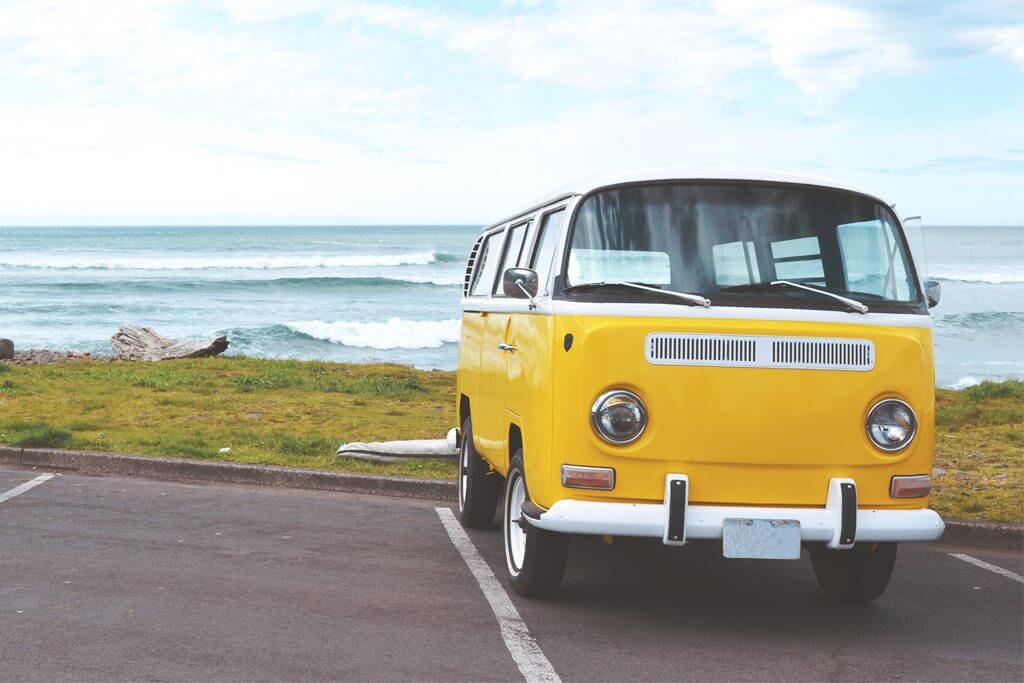 Requirements for Driving in France

Renting a Car in France 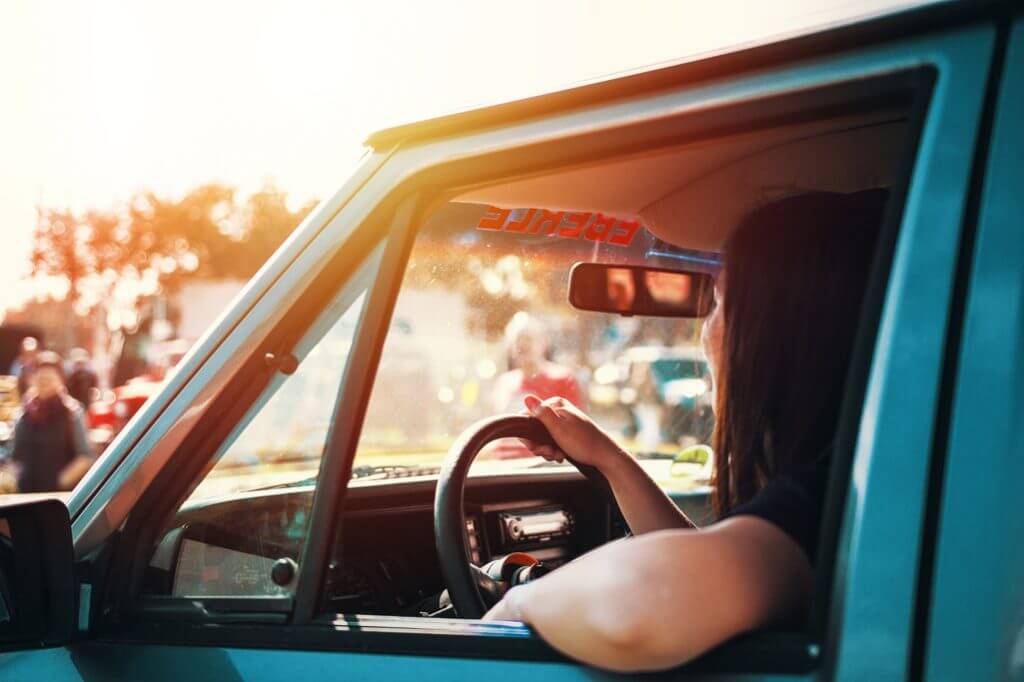 Car hire in France is a fantastic choice to tour France on your own.  You can book through sites, such as RentalCars.com.  Sites like these are great because it takes all of the major rental companies, such as Hertz, Avis, etc, and more and does the comparison of prices for you.  This helps to ensure that you get a great price without all the time and work.

Click here to book your can in France with RentalCars

If you are going to travel to France by car, there are several items that are required, by law, to have in your vehicle at all times.  By not having them, you are subject to some extremely hefty fines.

Apart from the car essentials required by law, there are some road trip essentials you should never leave behind, like a spare tire, an empty fuel can, or a car charger. If you want to make sure that you have everything included in the France driving checklist, you can purchase a ready to go Driving In France Kit here. 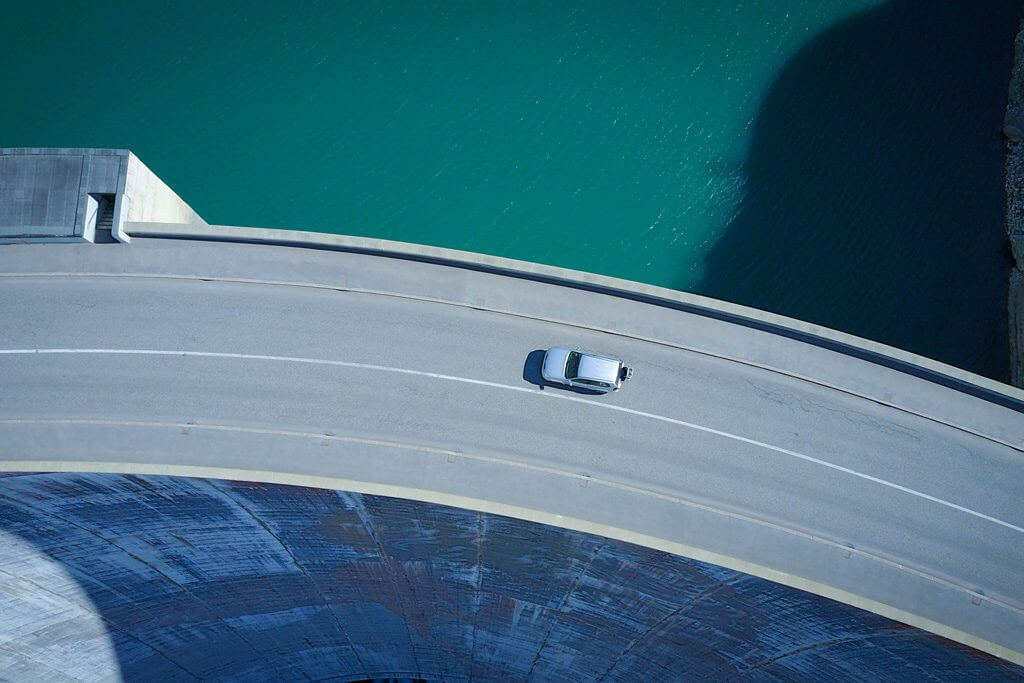 Knowing the different kinds of roads in France can make a huge difference in the comfort, ease, and stress of driving.

» “A”: These are “Autoroutes.” Other countries call them motorways or interstates.  An example of this in France is the A8.

» “N”: The “N” stands for “National Strategic Truck Routes.” These roads are good alternatives to toll roads and Autoroutes, but you can expect them to take longer than the motorways.

» “D”: A D road is a county (Departmental) road. D roads can be anything from tiny little roads to busy streets that once were national routes.  If the latter is the case, they will have received new street numbers, so a current map is vital to understanding where you are driving.

»  Road Numbers: It can sometimes be confusing if you see multiple numbers on a road sign. French road numbers will be white on a red background.  European road numbers are white on a green background.  Often times, both will be listed, especially if the road leads from France to another European destination.

» “Péage”: This means Toll Road Ahead

» Bis: Oftentimes, there will be alternative routes posted with the word “Bis” and a destination. For example, you may see “Bis Lyon.”  This is the equivalent of the British “Holiday Route,” which is simply a secondary or alternative option than the main motorway.  These will often have less traffic or are to avoid traffic jams. 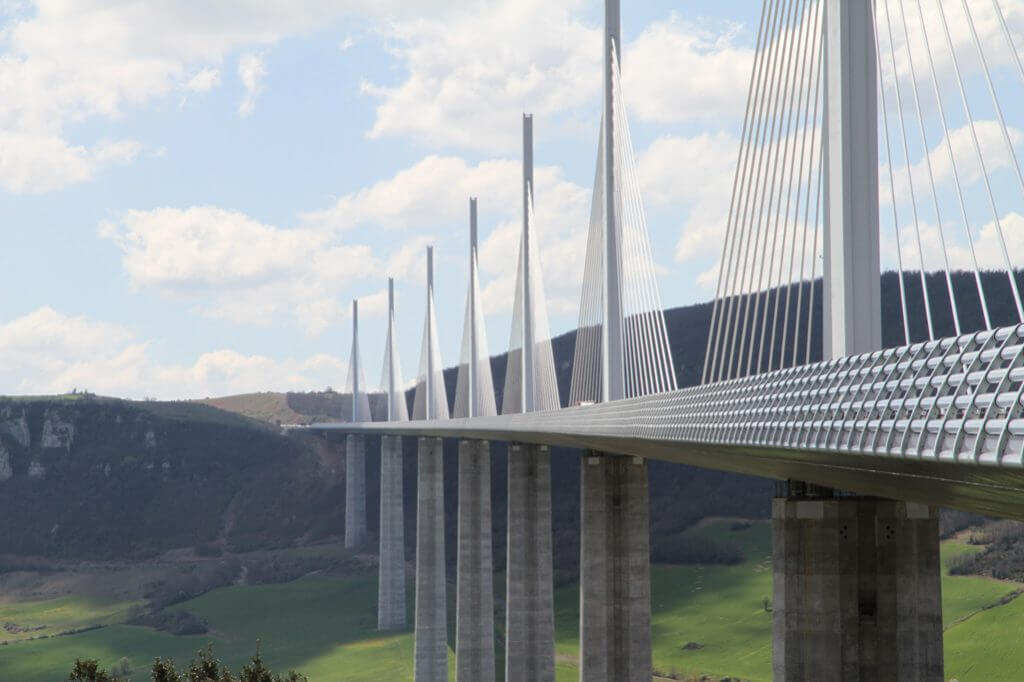 When Driving in France, while there is not a vignette required, you can expect a toll on almost all Autoroutes.  The signs (“péages”) are well marked and you will know when you approach a new toll.

You will typically come to a toll plaza that has machines in each lane that you will take a ticket from stating where your toll starts.

You pay for the toll when you exit the motorway to either an attendant or to another automatic machine that takes credit and debit cards. Tip: If needing to pay by cash, make sure you have change.

In addition to the toll roads, you may also encounter tunnels or bridges that also require a toll.  Most of these, you will pay before entering.

For further information regarding French toll roads, you can learn more here. 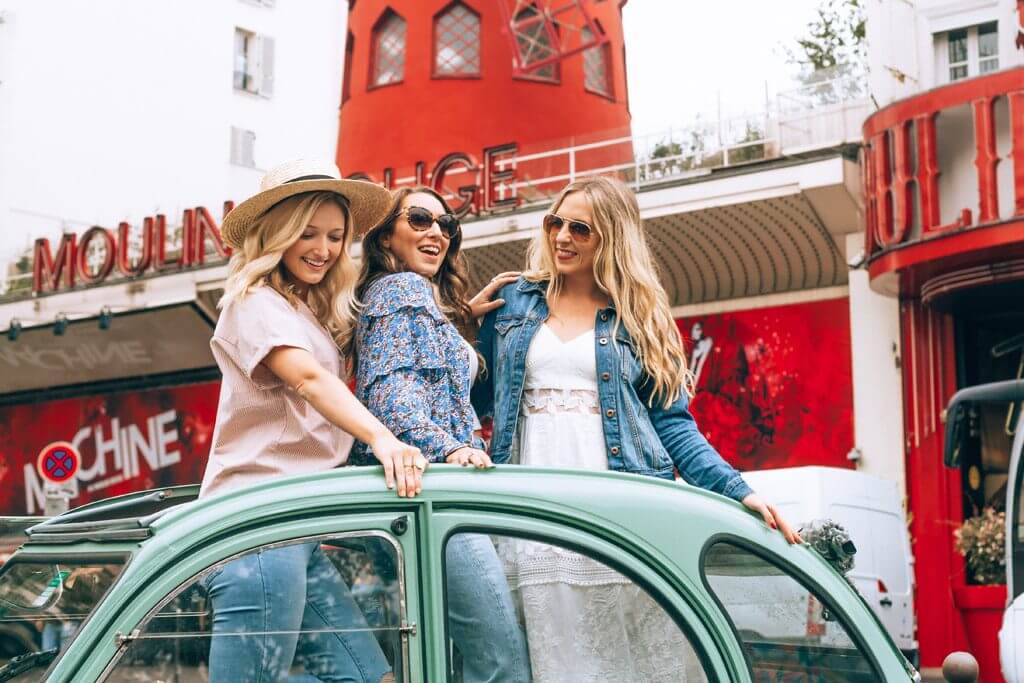 While driving to France is great if you are wanting to explore the countryside, if you are heading to Paris, it is recommended to not bring a car into the city.

Paris has a great public transportation infrastructure, making a car hire pointless.  For example, the traffic in Paris can be overwhelming for tourist drivers.  The highway that encircles Paris is the la Périphérique and there is almost no way to avoid it when driving into the city.  It becomes quite hectic when you need to exit (on the far right out of 4 lanes) but simultaneously needing to head the cars merging (also on your right!)  all while keeping a careful eye on the 70 km/hr speed limit!

Once IN the city, driving is still quite stressful and then finding parking in Paris is also extremely difficult.  Even if you are lucky to find street parking available, you have to pay to use most of them.

TIP: Book ahead of time with Rentalcars Connect to get the best prices

Many EU countries have emission laws in regards to driving, and France is no exception.  In particular, there is an “environmental zone” in Paris.  It is illegal to drive without having the “Crit’Air” badge clearly visible on your windshield.

On certain high pollution days, certain vehicles with high ratings as well as older vehicles and motorcycles are not allowed in certain areas of Paris, such as the city center.  Signs will be posted at the restricted areas and will include the time of the ban.

You can easily get the “Crit’Air” sticker online a few days before driving in Paris.  For vehicles caught without the proper sticker, expect a fine.

Some rental car agencies will help you obtain these, others you will need to order one ahead of time yourself.  Speak to your car rental company to know if you will need to get one on your own.

For more information as well as obtaining a sticker, click here.

While there are several petrol stations along the circular ring road (périphérique) when entering Paris, they can be harder to find in the actual city.  If you are planning to drive to France, it is also best to fuel up outside of Paris, as prices tend to be cheaper away from the city.

You can use a Gas Finder App, or even Google Maps to help figure out the best routing option for fueling up.

Watching out for cyclists and pedestrians

When driving in Paris, or anywhere in France, remember to give pedestrians the right of way and to always be on the lookout in busy locations.

Cyclists don’t always follow the traffic laws. You may find them cruising in between lanes and dodging in and out of cars. People walking sometimes run out into the street, despite the signs telling them to wait, so just be vigilant and patient.

Whenever driving in a new country, you need to familiarize yourself with the local roadway rules and signs.  While many of the french traffic signs can be easy enough to figure out, such as the “warning” signs, others are not as intuitive, like the signs stating who has priority when and where or those with French words on them (if you don’t speak French).

Luckily, most of the french road signs are the same as you will find throughout the rest of the EU, so if you are driving elsewhere, you may not need to learn too many extras.

TIP: Here is a complete visual list of driving in France road signs to learn before you start driving.

Rules of the Road 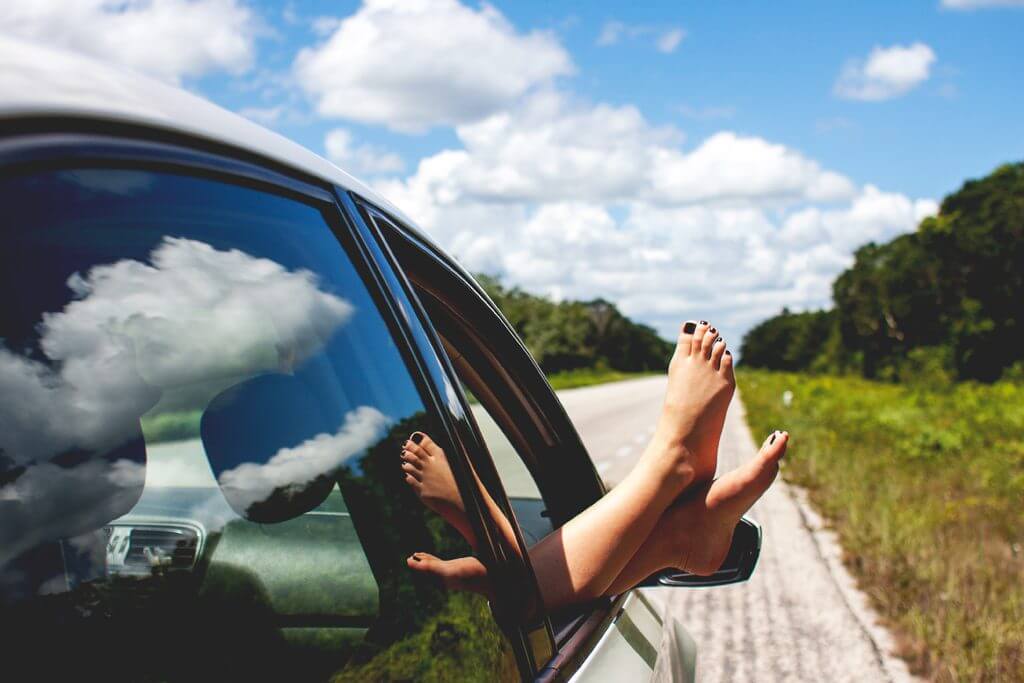 Driving in France rules are pretty common and typical among other EU country’s driving regulations. However, make sure you’ve read through the following so you understand if you need to take further actions to ensure you are within the law.

»  Seatbelts: ALL passengers are legally required to be belted. In fact, it is the driver who can be ticketed and fined for passengers not wearing seat belts.

»  Infants and Car Seats: All babies and infants are required to be in proper car seats. If under the age of one, it must be rear-facing.

»  Children Under 13: Please make sure that all children under 13 either have the correct car seats or booster seats for their age and height or belt adjusters. Also, children under 13 are not allowed to sit in the front passenger seat.

»  Drinking: France is extremely strict about drinking and driving. The blood-alcohol level can only be below 0.02%, which for many people is even just one drink! Serious penalties, such as extremely high fines, license revoked, and even jail are all things you don’t want to have to deal with on your trip to France.

»  Driving With Headlights On: While it is only compulsory for motorcycles to have headlights on at all times while driving, it is strongly encouraged for all drivers to have low beams on while driving both during the day and at night, especially when on country roads.

Keeping high beams on when approaching oncoming traffic can also result in tickets and/or fines.

»  Right of Way To the Right: Like most European countries, whoever is approaching on the right has the right of way, unless otherwise noted. When in doubt, give the right of way!  For example, when driving in a neighborhood road, any roads to the right of you have the right of way over you.  While there are certain street signs to indicate who has the right of way (see the above section and recommended links), you may also see a sign stating “Vousn’avez pas la priorité” which means you do not have the priority.
This is a perfect example of making sure you have reviewed and understand all of the above road signs so that you are following the laws of the local country.

» Driving in Kilometers: For most countries, this is not an issue, but if you are coming from a country that uses miles instead of kilometers, just make a mental note and start looking at conversions to familiarize yourself with the difference. For example, 50 kilometers/hr is 31 miles/ hr, which is what you will find on many highways.  Most Autoroutes have a speed limit of 130 km/hr which is roughly 80 mph.
Speed limits can change depending on current driving conditions, so it is essential to be paying attention to the signs.

» Roundabouts: Roundabouts are found all over Europe, but for foreigners, they can be confusing and scary. Just remember that you must head to the traffic already in the roundabout before entering.  Use your signal only to indicate when exiting.

» Driving in France: Left or right? Many people ask which way people drive in France, and the answer is that they drive on the right, like most mainland EU countries. This also means that when entering a roundabout that the traffic will go clockwise.

Nobody likes to envision a car accident or breaking down while on their trip.  However, it is still important to know exactly what to do in the event that something should happen.

We hope that this Guide to Driving in France was useful to you. By now, we are sure you have become an expert on driving in France requirements and French road signs. Bon voyage! 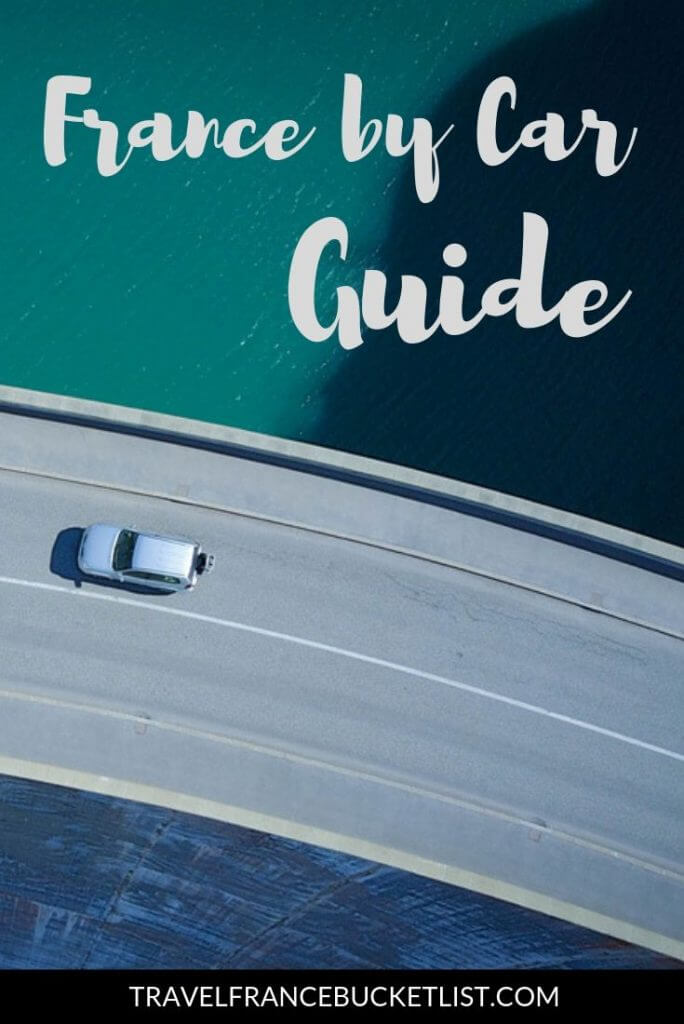 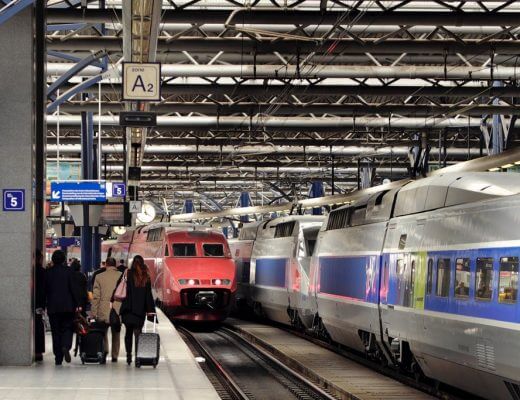 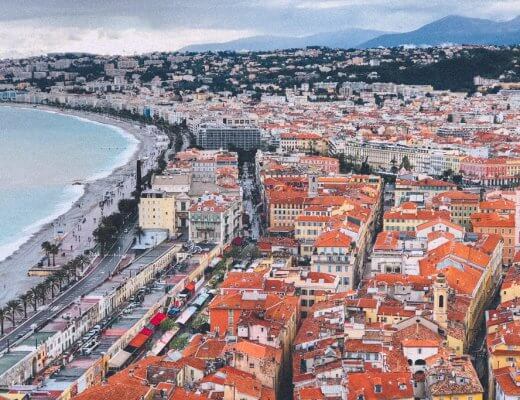 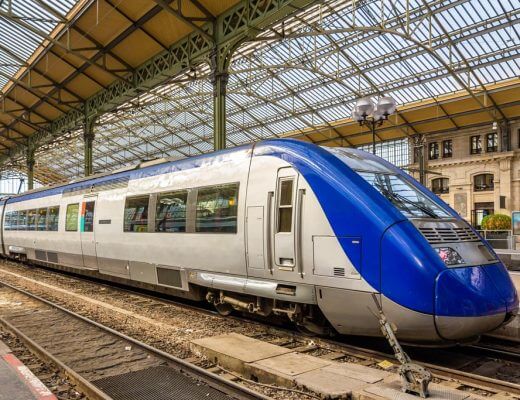 Getting Around France: Train Travel Guide 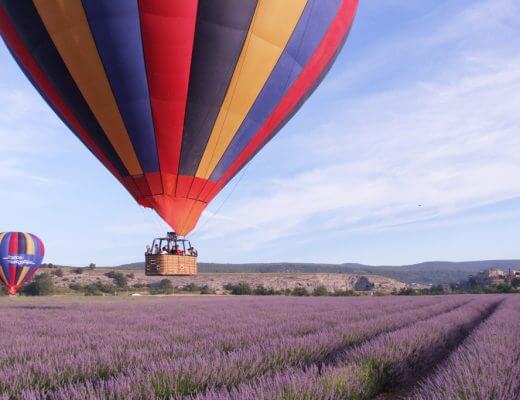 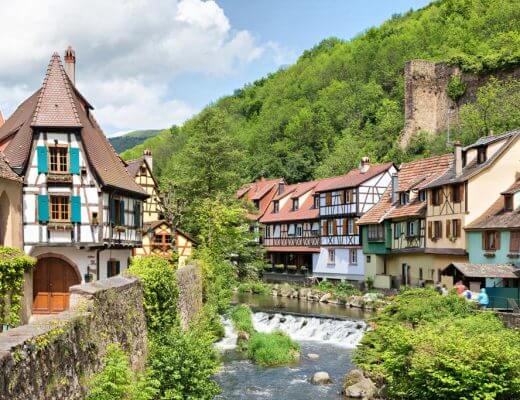 We are independent travelers and restless souls with a passion for our own city, the City of Lights. Follow World in Paris' next adventure in quest of the most Awesome Sights & Experiences in France. What's on your #francebucketlist ?