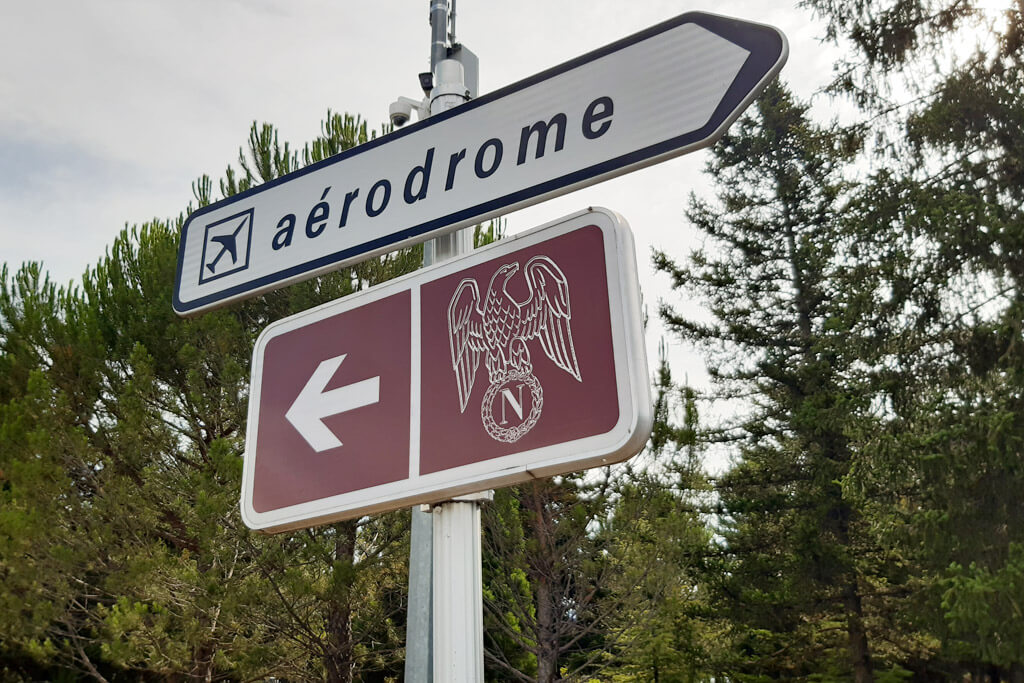 The Route Napoleon is one of the most scenic drives in France and a fun way to explore the French Alps in the summer. The road follows the route taken by Napoleon in his 1815 escape from Elba Island to Grenoble. By his side, 1,200 men ready to conquer Paris and sit their Emperor on the throne once again.

The Napoleon Route marks the beginning of a six-day and 324-kilometer epic journey. For strategic reasons, Napoleon chose to go through the Alps, with many detours, to avoid being detected by the royalist resistance.

Today’s Route Napoleon is a paved tourist route inaugurated in 1932. The route includes sections of roads N85, D1085, D4085, and D6085, and it is marked with the sign of the imperial eagle on the roadside. Along the way, expect to see scenic cols and clues, deep valleys and clear summits, vibrant cities, and peaceful villages.

This paved drive begins at the coastal town of Golfe-Juan-Vallauris – where Napoleon disembarked on 1st March 1815 – and ends in Grenoble. The Route Napoleon road trip goes through two regions (Provence-Alps-Côte d’Azur region and the region of Auvergne-Rhône-Alpes) and four departments (Alpes Maritimes, Alpes de Haute-Provence, Hautes-Alpes and Isère). The Napoleon Route took Napoleon and his men a whole week, but today you can drive the entire route in about eight hours.

This article describes the historical journey through the Route Napoleon day by day, complete with some curious anecdotes.  If you want to split it into smaller sections and enjoy the fantastic scenery over a few days, we give you some recommendations on where to stay and what to see at the end of the post.

This Route Napoleon, France, is one of the best French road trips. Read more about road tripping in France:

This Route Napoleon is best explored by car. If you don’t have a car in France, you can rent one in Cannes.

This is the description of the historical itinerary followed by Napoleon and his army from the Mediterranean coast to Grenoble:

History begins on March 1st, 1815, around 5 pm, when Napoleon Bonaparte first set foot on Golfe Juan-Vallauris beach, after one year of exile on Elba Island. He was accompanied by 12,000 men.

This was the beginning of an incredible adventure for the reconquest of power which was to end in Paris, on March 20, with entry into the Tuileries Palace, which was left hurriedly by King Louis XVIII. The Hundred Days began.

After the failure of the capture of Antibes, the troops set out for Cannes, where they established the first bivouac at the foot of the church Notre Dame de Bon Voyage.

At dawn, the Emperor and his troop left the Mediterranean coast and marched quietly through several typical Provence towns.

They stopped at Mouans-Sartoux before leaving for Grasse where they set camp on the Roquevignon plateau, now renamed ‘Napoleon plateau’. The charred trunks of three cypress trees mark the site of the bivouac.

The troops then resumed their march along the Alpine road. They did a second stop at Saint-Vallier-de-Thiey, place de l’Apié, on the shade of a big elm. Today, the Column Napoleon recalls this imperial stopover.

Leaving Saint-Vallier, the troop took the steep and dangerous path of the gorges of Siagne, where the Emperor almost fell and a mule loaded with gold fell into the ravine.

When it started to get dark, the expedition stopped at Séranon. Napoleon spent the night at Château de Brondet, owned by the Marquis de Gourdon, mayor of Grasse.

Napoleon and his men left Séranon around 7 am in the direction of Castellane. As soon as the army marched inland, altitude became apparent. Castellane, a city, near the Gorges du Verdon, is an important stage before going through the difficult col des Lèques.

Napoleon entered Castellane preceded by drums and military music and he was greeted by the local population with cries of ‘Vive l’Empereur!.’

The section through the Col de Lèques was tough. The troops were exhausted: the air was freezing, and the road was only a goats path. On Col des Lecques, the snow forced the riders to dismount.

Finally, Napoleon and his men arrived in Barrême around 8 pm where Napoleon dined and spent the night in the house of Judge Tartanson.

On the morning of March 4, the army took the mountain road to Digne. At Clappe, Napoleon stopped for an omelet and a bottle of wine in an old inn. Surprised by the bill announced by the innkeeper, Napoleon asked: are eggs so rare here? And he innkeeper answered: not the eggs but the Emperors!

After Clappe, the mules moved forward with difficulty. One of them stumbled, letting fall a trunk containing 200,000 pounds of gold.

Napoleon and his troop arrived at Digne-les-Bains in the early afternoon to the sound of the drum. Then they took again the road to Malijai where Napoleon spent the night at Château de Malijai.

The troops left Digne around 6 am. Following the Durance River, the terrain became more and more uneven, and hilly. After a stopover in Volonne at the Auberge du Poisson d’Or (current Touring hotel), the Emperor entered Sisteron where he received the town’s notables at the Auberge Bras d’Or. A young worker gave him a tricolor flag, sewn by herself, which will follow the Emperor to Waterloo.

The journey continued through La Saulce and La Tourronde before stopping for the night in Gap. The entrance in Gap was triumphant and, from the Auberge Marchand where he slept, Napoleon could hear the locals celebrating his return all night.

Napoleon and his troop left Gap on the morning of March 6th. The Alps finally appeared. The Emperor crossed Saint-Bonnet – where a stele with an eagle and bronze medallion mark his passage today – and stopped in Corps at the Hôtel du Palais for the night.

This is the longest and most exciting part of the historical itinerary. The troops left Corps before sunrise, and they stop briefly at La Mure around 8 am.

At Laffrey, on the site called ‘The Meadow of the Meeting,’ the first confrontation between Napoleon and the Royal Army took place. The Emperor took a step forward while the royal soldiers lowered their rifles to show their peaceful intentions. Napoleon then pronounced these famous words: ‘Soldiers, do you recognize me? If there is one among you who wants to kill his Emperor, here I am.’

A rallying cry answered him, and the two troops merged in the midst of general emotion. This symbolic victory will lead him to Paris.

Today, an equestrian statue of Napoleon dominates the site. First erected in 1868 on the Place d’Armes in Grenoble, it was moved to the shores of Lake Laffrey in 1929.

After this episode, the Route Napoleon was a triumphal march: Vizille, Tavernolles, and Eybens, where Napoleon took a foot bath at the Auberge Ravant, and he received the support of all Grenoblois. Around 11 pm, Emperor Napoleon made his triumphal entry into Grenoble.

Cannes is one of the best places to visit in the French Riviera. Thanks to its film festival, Cannes is today a world-known destination, but of course, there’s much more to see in Cannes! Despite all the glitz and paparazzi, Cannes has retained its authentic and Provençal charm. The list of best things to do in Cannes includes:

Where to Sleep in Cannes

Find the right accommodation in Cannes – whether it’s a hotel or guesthouse, holiday apartment, or private apartment. We have them all! Book your accommodation by using the map below.

Self-proclaimed ‘city zen’, Digne-les-Bains is the capital of the Alpes-de-Haute-Provence department. Digne-les-Bains is especially known for its lavender fields, hot springs, excellent air quality. In addition to its thermal baths, you can enjoy the natural and cultural heritage that surrounds it, through the Geopark of Haute Provence labeled UNESCO. Go back in history by taking the Route du Temps, or admire the 1500 or so ammonites lining a slab that is 200 million years old!

The list of fun things to see in Digne-les-Bains includes:

Where to Sleep in Digne-les-Bains

On the banks of the Durance, Sisteron is one of the most picturesque places for a stopover on the Route Napoleon map. Nicknamed ‘the pearl of Haute Provence,’ Sisteron enjoys an exceptional natural landscape, a real curiosity in the Alpes de Haute Provence department. The town lies at the foot of the Rocher de la Baume, overlooked by the imposing citadel.

The list of fun things to see in Sisteron includes:

Where to Sleep in Sisteron

Grenoble is the capital of the Isère department and the former capital of the Dauphiné before the French Revolution.  It is also a vibrant student city and official City of Art and Culture. With this presentation card, Grenoble is the ideal place to rest at least one day at the end of the Route Napoleon road trip.

The list of fun things to do in Grenoble is long, here are our favorites:

Where to Sleep in Grenoble

Find the right accommodation in Grenoble – whether it’s a hotel or guesthouse, holiday apartment, or private apartment. We have them all! Book your accommodation by using the map below.

So, what are you waiting for? Book the Route Napoleon road trip today! 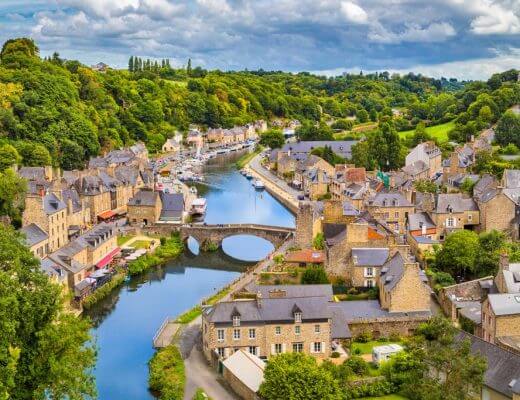 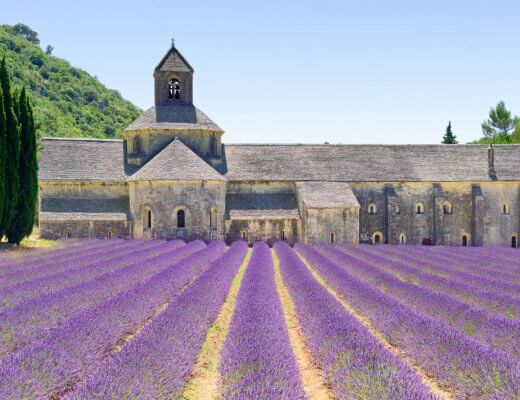 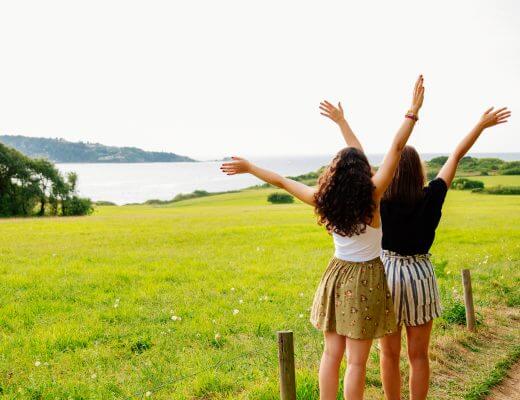 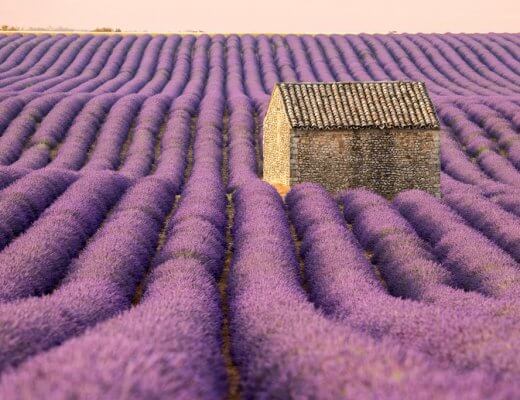